A fall meditation for the classroom 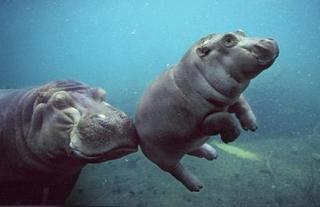 My first fall class meets tonight. It’s not a writing class but I keep thinking anyway about a poem I read last month in The Sun, by Ellery Akers. In it she mentions the professor who wrote “crap” on her first poem for his class. Disconsolate, she decided that it must be crap. Obviously she didn’t take it entirely to heart since she has published regularly. But I’d like to find that professor and ask him how many other writers he imagines he did destroy. The ones not as thick of skin, not as resilient. The ones who decided that their work was crap. And who does he think he is, I would like to inquire in my imagined conversation, to decide what is crap anyway? Most of us aren’t very good at the beginning. Most of us regularly aren’t very good now, and only with considerable biting and chipping and tearing of hair and revision after revision do we approach good. Sometimes we approach and it takes off into the bushes.

The idea that writers need to toughen up in order to survive rejection is true if you don’t want to spend all your time as a puddle. But it is not the job of your teachers to do it for you by browbeating you. Being able to withstand bullying does not make you a better writer, as I once heard a well-known writer insist that it did – he was going to cull the sheep from the goats among his students by sheer meanness in the guise of critique. Sheep who fled baa’ing weren’t meant to be writers after all and didn’t deserve to be. I imagine the goats who stuck it out might have become pretty good writers, or at least thick-skinned ones, but I hate to think what their marriages are like if they took his approach to heart.

Personally, I’ve found that kindness and useful suggestions go a lot farther. You owe them truth, of course, but the package it comes in matters a lot.
Read More
2 Comments

Indeed, I, although not a professor, do not care much for William Faulkner or James Joyce, both Nobel Laureates. Who am I? No one, but I do have tastes that I enjoy. "Stream of consciousness" is not one, and issues of diction and cadence can bore me. However, my not caring for Faulkner and Joyce does not diminish them, obviously.

Now, when I writer can cease to take herself seriously, relax, and just enjoy the act of scribbling words, no amount of criticism, good or bad, can diminish them. Remember, every critic has a right to critique, but they are never all right.

This is such a good lesson for teachers of any art- Our job is is best spent as facilitators and discussion artists.