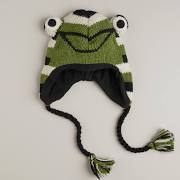 In junior high school we were made, every November, to write an essay on what exactly we were thankful for. This required careful tailoring, as you absolutely could not tell the truth and be thankful that [name redacted] who tripped you into a mud puddle had got a concussion that morning. Or that your [relationship redacted] who wet the bed wasn’t coming for Christmas after all and sleeping in your room. And particularly not that the headmaster had just missed catching you smoking pot behind the dining hall.

Instead there was a good deal of mush about being thankful for family, whether you were or not (I generally was but that sentiment lasted all year), and for the chance to do Good Works to Help the Poor.

Now that people who were idiots in junior high school generally aren’t anymore, or are in Texas, my relatives have bladder control, and I can misbehave in private, I find that I do have a list after all.

My niece who recently got her learner’s permit will be driving the family to Roanoke for Thanksgiving. I will be thankful when they get here.

I ordered four angel Christmas tree ornaments for presents and World Market sent me four knitted frog hats instead. I am thankful for the opportunity to show them to my husband and son, while saying brightly, “Look! I got us all matching hats for the holidays!” and see what they do.

I am thankful that my husband finally found something he actually wanted for his birthday, even if it was another dog. Who has an ear infection. (There is no free dog.) The vet gave him a prescription for Rusty, to take to our pharmacy, where they carefully labeled it “Rusty Dog Neuron (Canine)” just in case anyone thought that someone already afflicted with a last name like Neuron would name his kid Rusty Dog.

We were told that Rusty, having been abused early in life, did not bark because he had been beaten for it. We were also told that he was terrified of wearing a collar and of being up on the furniture. As I write, he is snoring on the bed in his new collar, and we heard a small woof at the postman the other day and another at the prospect of bites of a cheese sandwich. We are thankful that Rusty is getting his bark back. Read More
1 Comments

I just came upon this, a present from the past. The introduction of Rusty Dog Neuron (Canine) is one of my favorites