Bulletin of the Center for Children's Books

Best Children's Books of the Year!

‘There was a late frost last night and you could hear the wind machines going all over the valley to keep the oranges from freezing. They set up funny echoes sometimes, tricks of the sound waves. I kept thinking I could hear the Underworld doors banging shut behind someone, Jesse maybe. Or maybe just behind all our mistakes.’

Fifteen-year-old Angie didn’t used to think too much about God – until things started getting weird. Like the statue of St. Felix, her secret confidante, suddenly coming off his plinth and talking back at her. Like Angie’s mom, about to bust up her third marriage for no apparent reason. And weirdest of all, Jesse Francis, home from Afghanistan with his leg blown off and expected to fit back in at school. Does any of it make sense or is life - and the deity, who’s supposed to have a handle on stuff like this - as mixed up as the dyslexic bumper sticker Angie sees from the ‘Untied Church of Dog’?

Against the advice of an increasingly vocal St. Felix (who knows a thing or two about war), Angie finds herself falling for Jesse’s allure - a guy who’s been through so much more than regular high-school kids. But Jesse is battling some major demons, and as Angie starts losing control of the situation, she has to ask - can one person ever make things right for someone else? 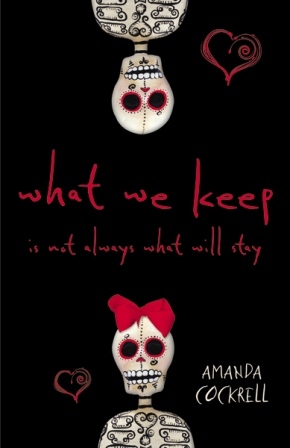