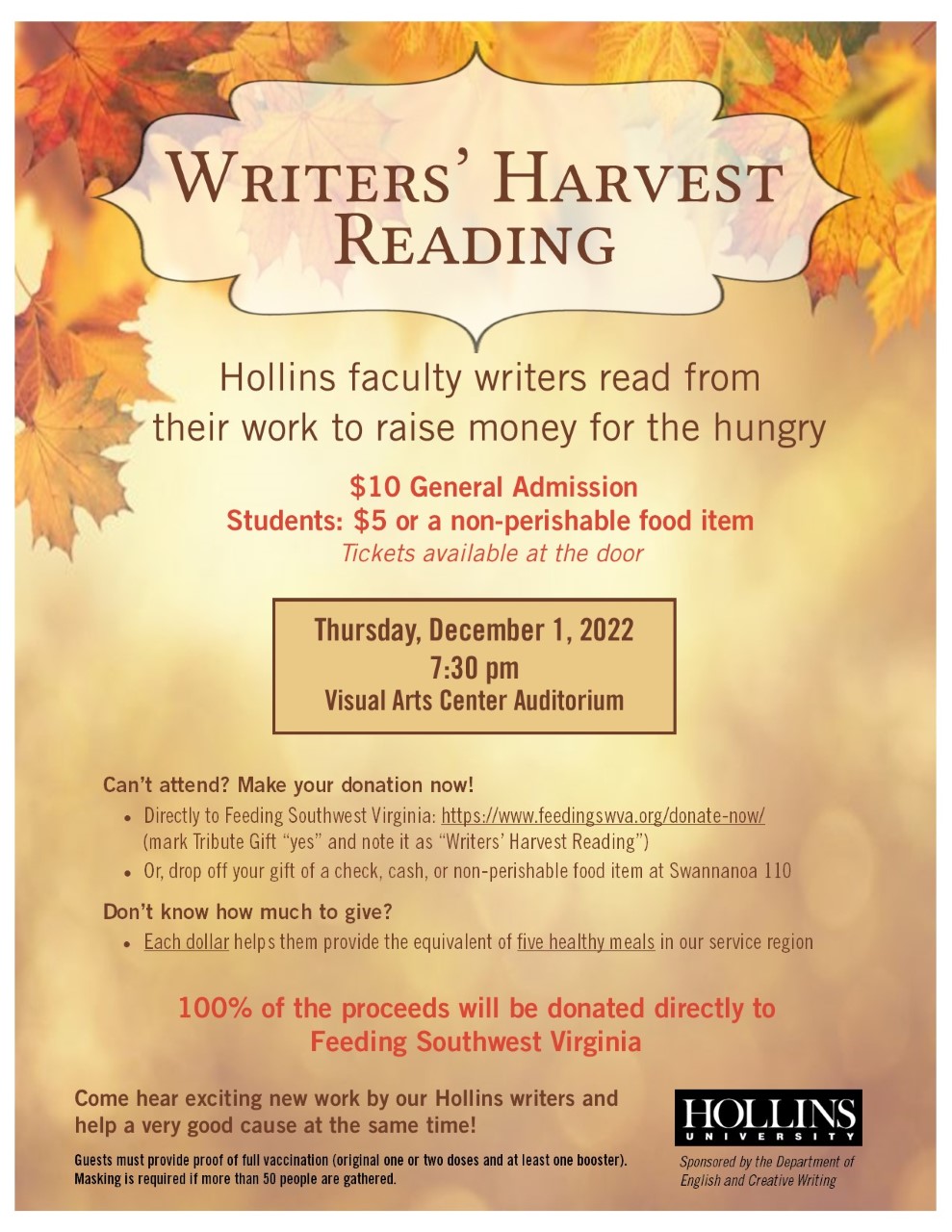 I'll be reading at the annual Writers' Harvest fundraiser for Feeding Southwest Virginia, December 1 at Hollins University.  A terrific sampling of varied work by seven or eight different writers and always worth your $10. 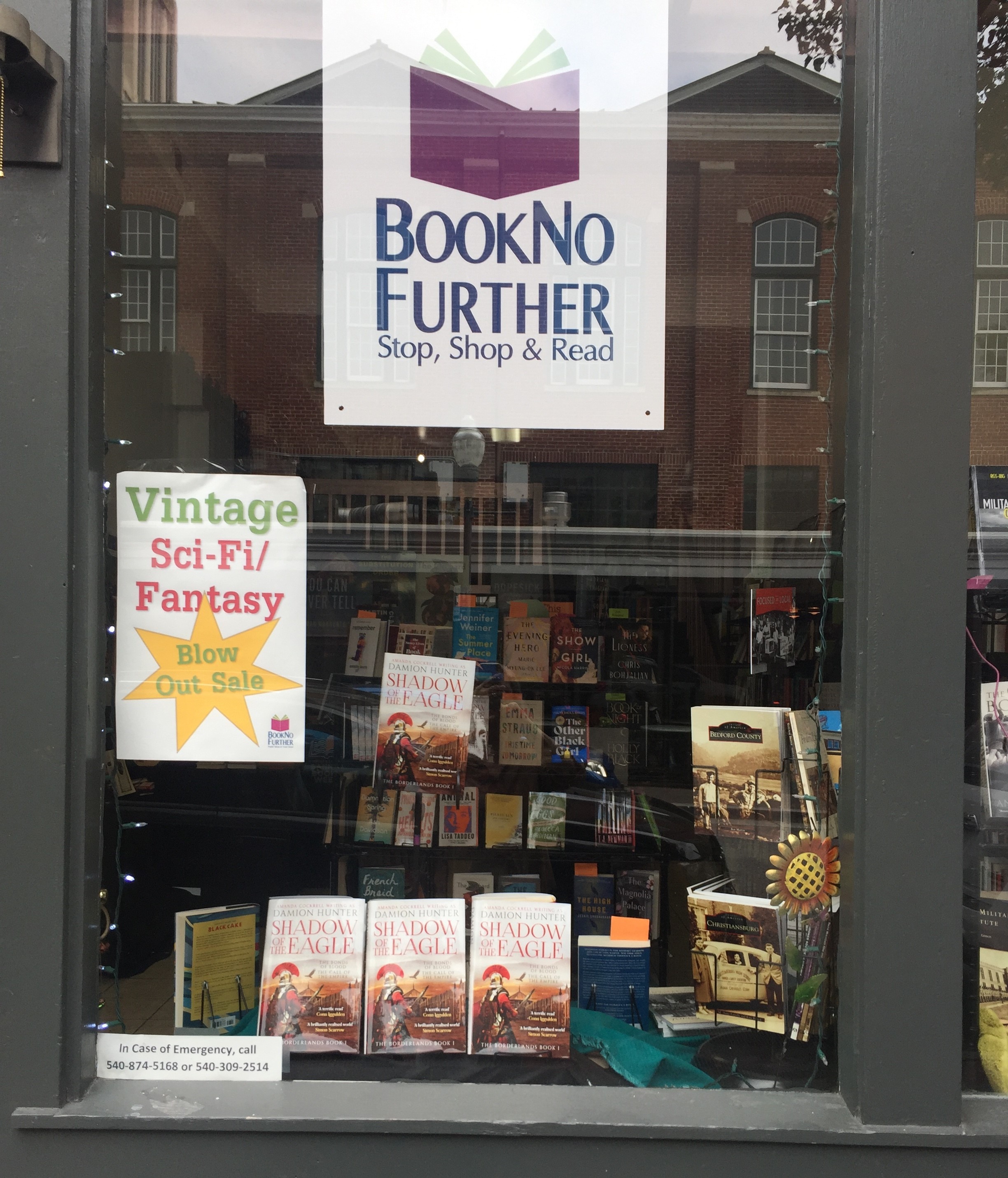 I'll be signing books with fellow Roman history writer Brook Allen, author of the Antonius series, from 11:00-1:00 on December 3 at Book No Further, our lovely Roanoke independent bookstore.  A fine shopping opportunity for the historical fiction lovers on your list.

This week-long residential workshop at Hollins University in Virginia is the perfect length and setting for an intensive kick-start to your writing. There will be a lot of seminars to choose from. Here's mine:

Beyond Corsets and Dragons: World Building in Historical Fiction and Fantasy

This "write now" workshop will focus on how to be at home in another world — that of your historical or fantasy novel, because the first thing for both is world building. It's tricky to create a fully realized world, but your book is going to depend on going beyond dragons and corsets. We'll use prompts suggested by the nature of each participant's work to write short scenes that put the reader in the complex setting of your novel without need of the dreaded expository lump. You'll either research or design from scratch and then practice painting that world on each page for the reader. You can bring a work in progress or start something entirely new and all levels of experience are welcome. You'll write daily and respond to each other's work. If you are inclined to read ahead, here are three books to dip into that exemplify successful world building: Hild by Nicola Griffith, The Golem and the Jinni by Helene Wecker, and The Summer Before the War by Helen Simonson. These are hefty books and you don't need to finish them, just sample one or some, and think about how their authors are doing it.

Shadow of the Eagle was an Apple

What To Read This Month selection for June

Shadow of the Eagle 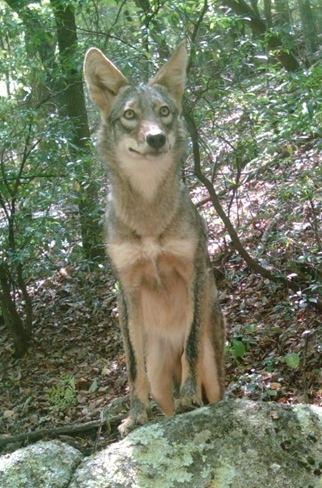 I have a new historical novel coming, Coyote Weather. This one is one set during the Vietnam War in the US and coming out April 4, 2023 from Northampton House Press.

Coyote weather is the feral, hungry season, when everything is drought-stricken and ready to catch fire.

The country is forcibly sending its young men to fight in a deeply unpopular war.

African Americans have had enough of Jim Crow.

Women have had enough of a lot of things.

And over it all looms the politics of the Cold War and the real possibility of a nuclear war.

Together and separately, Ellen and Jerry navigate the shifting territory of war and anti-war riots, mistaken marriages, a back-to-the-land commune, the draft, and women's consciousness-raising, to name of few of the obstacles in their path. For Jerry, the conviction that if he goes to Vietnam he'll come back crazy pushes him into one final desperate act.  Ellen, convinced that Jerry has left them no future together, retreats into a critical mistake in an attempt to anchor her life. In the end, while Ellen and Jerry find that ultimately not much can be planned, they discover that what is given can't be turned away from.