A novel of Roman Britain

A sequel to The Legions of the Mist

I've thought a lot about why I write, why any of us write, realizing that it's been an extremely weird road to travel, and how often the mess that we pick up along the way, the odd shells and bottle caps, the detritus of our lives, turns into something on a page.

The first thing I ever wrote for pay was somebody's wedding story. I took a job in the summers between college with the local newspaper, with the idea of being Brenda Starr, girl reporter, and ended up in what was then known as the Women's Pages, or the Society Section, which was where nearly all girl reporters worked in those days. I spent hours calling up brides' mothers to explain that Society page policy required all unmarried attendants to be identified with "Miss" and married attendants by their husbands' names —Mrs. Bubba Kowalski.

My next writing assignment was a lot more fun. I went to work as a copywriter for a rock radio station, dreaming up 30- and 60-second spots for local clients in an office where a speaker played Top 40 rock all day. The disc jockeys adopted me as Little Mother. They sent me out for aspirin for their hangovers and left me to screen their groupies on the telephone. I felt like Wendy. In the meantime, I wrote 30-second spots for Billy Bob's Bail Bonds, ads for the spring bathing suit line at the local department store, and Singing Pickle commercials for Custer's Last Sandwich Stand. The Singing Pickles were the afternoon drive disk jockey singing four-part harmony with himself, speeded up. Mostly they sang classics with new lyrics. At Christmas we did "Hark the Herald Pickles Sing" — "Welcome in the Sandwich King, mayonnaise and mustard mild, two for man and one for child." Not every one was a Grammy winner. We tried "I come on the sloop Roast Beef" but couldn't think of any rhyme but "my grandmother's false teeth" so we gave up on it.

In the meantime I managed to write, and more miraculously, sell, my first novel, a tale of Roman Britain in which the hero died at the end. And which went straight to the bottom of the charts. The paperback rights didn't even sell. But it did get me a contract with a paperback book packager, where they thought up ideas, some more plausible than others, for multi-volume series of historical adventure or romance novels, pitched them to publishers and then hired writers to write them under various pseudonyms. I quit the job at the radio station and settled down to write two books a year. I had strict instructions not to kill off my hero again.

I wrote three Roman books for them, for which I got fan mail from Roman reenactors. I wrote two Viking adventures during which I had a long, ongoing argument with the mad genius who was founder and head of the firm, as to whether or not my Vikings were going to battle a sea serpent in their travels. He didn't care whether sea serpents existed or not, he just liked the idea. He sent me clippings from "Ripley's Believe It or Not." I pointed out that those were sea snakes and only two feet long. We finally compromised on a giant squid. He used to say he was the idea guy, and some of his ideas were doozies. He didn't care about historical accuracy — his favorite phrase was "We can put in a disclaimer" — he cared about excitement and danger and beautiful maidens wearing fabulous jewels, preferably being rescued by ninjas. He once asked me to give him an outline for a book about a ninja going west with an American wagon train in 1750. I pointed out that in Roanoke, Virginia, I was sitting on what was the frontier in 1750. He said we could put in a disclaimer. I talked him out of it, but I think he got someone else to write it.

Once when I really needed money, I wrote a seething, steaming plantation saga for them, but I had trouble with the sex scenes. I kept running out of things for them to do. I'd write a scene and my editor at the firm would spice it up for me. I'd take back out anything I just couldn't stand, and then she'd call me on the phone from the office kitchen, where the male editors couldn't hear the conversation, and we'd reach a compromise. Sex under a waterfall, yes. Throbbing anything, no.

The last thing I did for them was a spin-off of one of their previous series, a frontier saga. Up until I took it over, it had been written by two different male writers, and all the main female characters had been reformed whores. The boys had gone a little light on their research as well. In the first book of the series, a wagon train encounters a village of prairie dogs and, apparently under the impression that prairie dogs are actually dogs, the author had gone on for some time about their big feet and floppy ears, and had one of his reformed whores adopt a puppy. Not only that, the demon who waits for writers who don't do their research had prompted him to go on for several more pages about how training prairie dog puppies had softened the heart of a tough ex-outlaw in prison. I was laughing so hard I could hardly hold the telephone when I called my editor to ask how that had got by them, and by the publisher's editor, and into print. "Haven't any of you Yankees ever seen a prairie dog?" I asked. There was a strained silence. "Yes. We got letters," she said, clearly not wishing to take it any farther.

I still have a copy of that book. I use it as a cautionary tale for my writing students.

All of these projects have made me a better writer, I think. I have written a lot of other books since. But every single piece of pot boiling taught me something that I could use. There is economy to be learned from fitting your message into thirty seconds. The power of a fresh turn of phrase or an interesting word choice is made clear when you write your thirtieth wedding announcement of the week. It takes some skill to make a reader believe in a giant squid, and love a hero whose job requires him to pillage monasteries.

Since then, I have published a number of other novels that speak to the things that interest me: love, loyalty, and the exploding cigars that are the gods' gifts to us. And of all things, the Roman novels have been resurrected and are back in print, along with my first Roman Britain novel, capitalizing on that old pseudonym which gained fans and name recognition over the years.

But I wouldn't part with the Singing Pickles and the prairie dogs for anything. 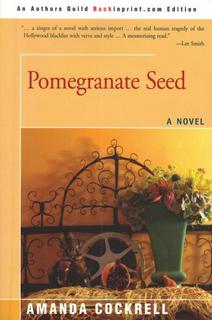