Wherever the Roman conquers, there he dwells.
-- Seneca

Postumus Justinius Corvus was named, after the manner of his people, on the ninth day after his birth, and if the slight-framed, sandy haired centurion who came home on leave occasionally to bounce him on his lap and applaud his first tottering steps bore a name totally unrelated to his, no one saw fit to mention the fact...

When Postumus is eight he discovers that his actual father died with the wreck of the Ninth Legion Hispana, and as he grows up in Britain and takes on his own service as a legionary surgeon, he wrestles not only with the conflicts of the native born but with a posting to the Sixth Legion Victrix, the unit that replaced the lost Hispana. 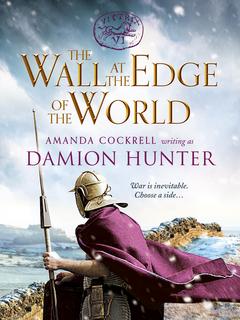